The commercial push in to digital has resulted in a fragmented and disjointed commercial offering across the various products - ultimately limiting potential revenue and hurting the user experience.

Create a new solution that enables Haymarket to take advantage of the opportunities of newer advertising technologies and therefore create a more holistic approach to its advertising options that benefit both the advertiser and the user.

The struggle to move away from a heavy reliance on print towards digital is an ongoing problem at Haymarket. Both editorial and commercial teams are still largely focused on print, and the opportunity of digital is being missed with newly formed digital competitors eating in to market share.

I was brought into Haymarket as an evangelist for digital - to show the opportunities of digital for the business as a whole, to implement new solutions that offered exponential growth and to also bring everyone else along for the journey.

Haymarket have the building blocks to becoming a fully digitally focused publisher, with a number of departments focused on the digital operations - however, there wasn’t a unifying solution that could focus the minds of all departments to thinking digital first.

As a Product Manager with a heavy focus on the commercial side of the business, I spotted an opportunity to move Haymarket deeper in to the digital mindset, whilst unifying editorial, commercial and ad operations.

The ultimate aim was to improve the user experience, improve the value of digital advertising for the clients and increase revenues.

In an attempt to sell more advertising in print magazines, the sales team were ‘bundling’ a lot of digital ad slots with the deal. This caused numerous problems, it undervalued the advertising real estate, it caused a lot of repeat advertising and sometimes it resulted in garish ad formats that affected the overall user experience.

Some of the more intrusive ad campaigns caused a large amount of issues within editorial, who felt they were detracting far too much from the content, whilst the sales team obviously had to generate revenue.

Ultimately, it fell to me to arbitrate between the sides and weigh up if the revenue justified the poor user experience. This obviously wasn’t a long term solution, but it presented an opportunity to create something much much better to the benefit of all.

Due to the impact of any solution on a number of different departments, as well as external parties (clients and readers), it was important to fully understand the problem and therefore the opportunities.

I spent considerable time working with these different departments to understand what was possible - after all, any solution had to solve problems for all parties, otherwise other problems could arise.

The core departments were;

Editorial needed to be fully onboard with any solution that they felt would impact on readers or content, and also potentially be utilised to push internal content.

Sales needed to be confident that any solution could be sold, and was something their clients and the marketplace were looking for.

Ad Operations had a previous stack in place, and in order for them to be fully involved any solution needed to fit in to this stack and their workflow.

When I was observing the existing advertising options, I noticed a lot of potential for an overarching solution for a new ad format that could help solve the problem.

There was already a significant digital ad operations team in place that utilised Google’s DoubleClick for Publishers (DfP) - they were largely under utilised, running standard unsophisticated client campaigns and house ads - DfP was also under utilised, and such an expensive ad server was struggling to justify itself.

Aside from standard banner advertising, Haymarket had for a number of years been offering ‘commercial solutions’ to advertisers - these took the form of advertorials - sponsored features that had a general theme for each campaign.

Some of these were highly popular amongst their followers, and had some great content - they worked particularly well in the B2B advertising space and were highly lucrative.

However, they didn’t receive much traffic due to a lack of general promotion, making them hard to find. The majority of the value for the advertiser was having an advertorial featured in the print magazine. There was a single promotional slot that could be found in the sidebar on some of the sites, and this served as the sole means of generating traffic to the sponsored content.

Haymarket had the technology (DfP), it had the teams (Ad Ops, Sales, Commercial Solutions) it had the clients, and even had a ‘beach head’ - an offering to the market that was already in place and enjoyed (sponsored content).

At the time, the editorial of Haymarket’s MarComms department were one of those pushing for an improvement in our digital advertising solutions because they were regularly writing about new innovations in the industry through Brand Republic, Campaign and Market Magazine.

This scenario couldn’t have been better to help me find the solution - Haymarket had the very people who were writing and observing emerging technologies in the advertising industry in the same building. This resource proved invaluable in helping find the solution, and also had the added benefit of being endorsed by the very team who were pushing for a new solution.

Using a third party technology (polar.me) allowed Haymarket to utilise DfP in order to serve the adverts. The adtech solution also allowed for easy creation of new advertising slots that could be targeted to individual elements on a page and managed via DfP.

It also means that HBi - Haymarket’s development team - had a light touch and were only needed to implement the required Javascript and test that it didn’t impact on anything or cause bugs.

From there the Ad Ops team can manage the native advert campaign like any other. Including all of the more sophisticated options DfP allows for, like targeting by location, or user type, or other options.

Building on the success and potential of the Content Solutions team provided a great starting point for utilising the Native Advertising solution - pushing more traffic to the sponsored content, allowing for optimisation and improvement as well as providing numerous stats and examples to the sales team.

From here, the solution could be used to push traffic to a number of other areas of the site, or even direct to an advertiser. This was all incremental as well, and didn’t replace any existing ad placements.

The challenges that traditional print publishers are facing are not going away anytime soon - and whilst the decline of print as a format has levelled off, it has still left a large hole in revenue.

Whilst the transition from print to digital is difficult, new revenue opportunities that are surfaced by digital show that it is possible.

The native advert stats above show this potential in its raw form - these numbers are all incremental, and whilst the impressions may be bundled as part of a deal, or sold on a CPM, the value is clear to see for both client, reader and Haymarket.

The solution itself was ideal - it didn't require a vast amount of resource to implement, which meant it was quick to launch and relatively cost effective. I was particularly pleased with the positive feedback from across the business, and that it is still being heavily utilised a number of years after launching. 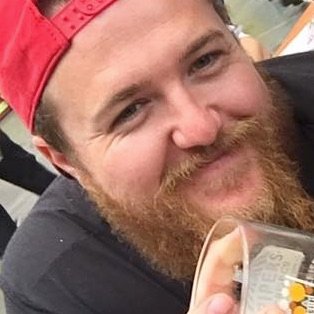